The SenselApp Overlay Designer lets you design custom Overlays. You can combine different control shapes and command outputs - keyboard macros, MIDI commands, mouse pads, and more - to make up your own Overlay.

The following sections document how to design an Overlay in the SenselApp and some guidance for creating your custom Overlay.

The first step is to decide what problem you want to solve and what controls you need to touch. This is done in the SenselApp using the Innovator's Overlay.

To start creating a design, click Add Overlay in the Sensel App. This will bring up a list of all existing Overlay choices. Click the Innovator’s Overlay icon to begin.

The Overlay Designer will look very similar to a standard SenselApp map, but will include a toggle at the top of the SenselApp that allows you to switch between Layout and Map. The custom design will start in Layout. 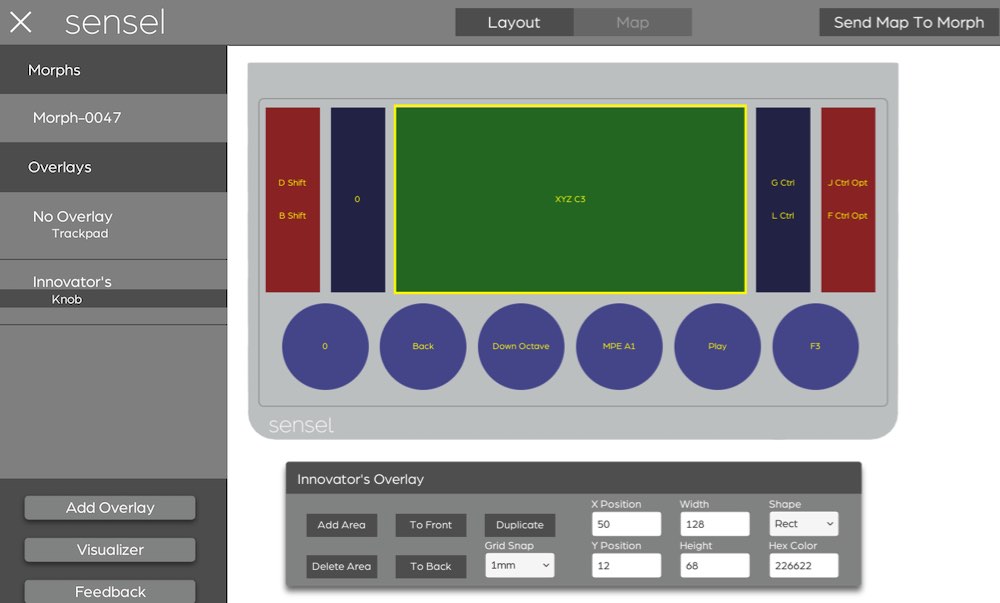 Layout allows you to add, remove, reposition and customize control areas. Layout can only be found in the Innovator’s Overlay for the Overlay Designer.

I'm Not Used To Millimeters

For those not accustomed to millimeters, here's a couple handy approximations:

The Morph's sensor area is 230 mm x 130 mm. If you wanted to make an 8x4 grid of squares evenly distributed over the Morph, here's the dimensions you would use: 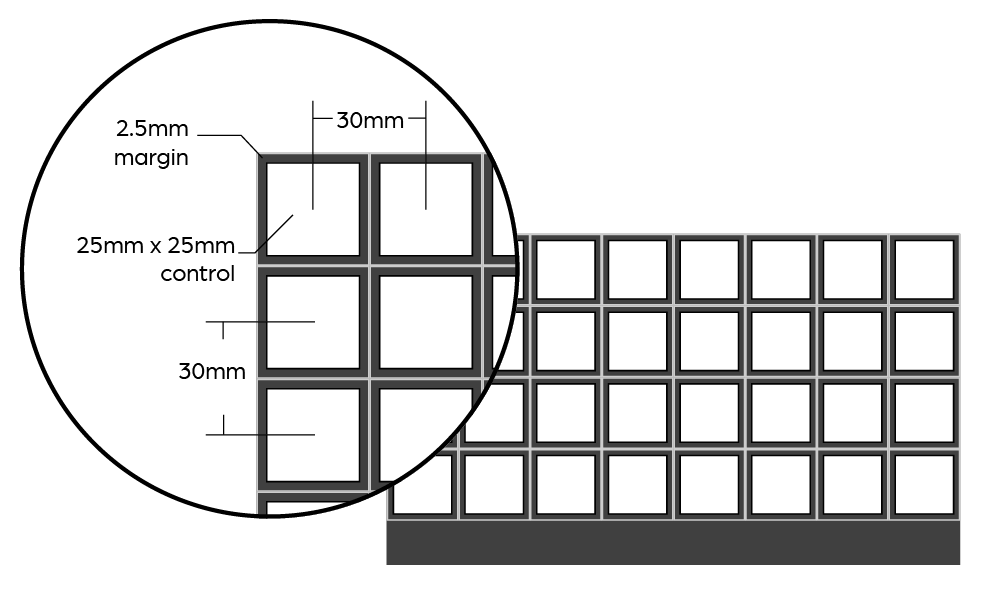 Map Mode offers the same behavior as a standard SenselApp overlay map. To assign controls to an area, click on an area to populate the inspector. You can now assign types and parameters to program the control. Learn more about the control types here.

As always, the map must be sent to the Morph using the "Send To Morph" button. Once that is done, the Morph will use your custom controls anytime you place the Innovator's Overlay on it.

Once you have designed an overlay, there are several methods to test and make your own custom Overlay. 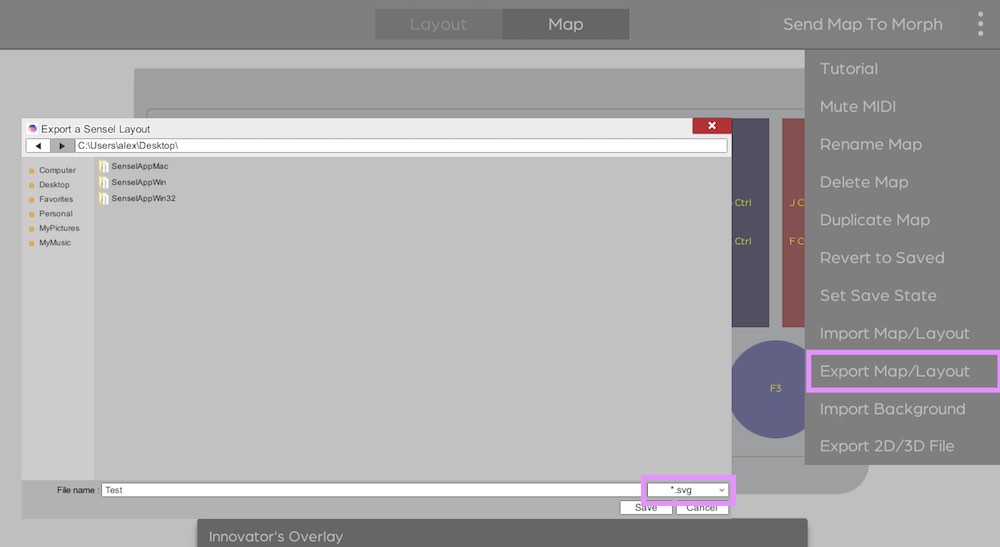 To export a Layout, go to the design you want to export, click the overflow menu at the top right, and click “Export 2D/3D File”.

This opens a file browser window titled “Export a Sensel Layout”. First, navigate to the directory you want to export the design to. Then, select the file format you wish to create and add a name:

To print an Overlay Design, export the Layout as either a SVG or PNG. Each image is sized to fit under the Innovator’s Overlay.

Before printing, if you want to add any text or additional details to the design, you can bring the image into your favorite art program to make the changes. Make sure not to modify the size or resolution in order to maintain the proper size under the Innovator’s Overlay (240mm by 140mm).

When ready, print out the image onto paper or other very thin material. Then, follow the instructions on the image in order to cut it out. Finally place, the image under the Innovator’s Overlay. This should provide a visual guide for your custom design.

An Overlay design can either be 3D printed as an insert or a full Innovator’s Overlay.

We generally recommend printing inserts and not printing the entire Innovator’s Overlay, since this can significantly lower the cost of the 3D print.

In addition to your Custom Innovator’s Overlay, you will need magnets and two strips to hold the magnet in place. We will be providing more information about magnets in the near future.

We will be adding more recommendations as we test available materials.

Other Materials and Handmade Overlays

In addition to 2D and 3D printing, there are many other ways to create a visual representation of a custom Overlay. You could cut shapes out of silicon/felt/construction paper, paint/draw on the shapes onto a flexible sheet, create a latex mold, etc. With all of these options, we recommend using flexible materials so that force can be transmitted accurately.

NOTE: We do not recommend using adhesives, paints, markers, or any other unverified material on the Sensel Morph or Innovator’s Overlay. We will not replace a product if either is visually or physically damaged from creating or using a custom Overlay.